The death of the nice old man...

I had an interesting conversation this week, which made me think... Some context: the person in question is a very good family friend, a man in his mid-sixties who has known my family for well over thirty years. A genuinely nice, community-minded, friendly-faced grandfatherly type, who I know and like. The situation: My daughter (2/2, 3yo) had wandered past him, out of my sight, with her dress tucked up into her knickers, and he'd been reluctant to untuck it for her - he wasn't sure whether it would have been "appropriate".

By coincidence, I'd had another situation earlier in the week, where (the same) darling daughter had been making funny faces at a friendly-faced smiley foreigner on the tube (a man, aged in his late twenties or early thirties, I would guess). When he got up to leave, he bent down to kiss her hand and waved goodbye. Part of me (the community-minded liberal leftie) loved this interaction - within perfectly safe boundaries, it was a good example of the fact that humans as a race are are overwhelmingly kind and friendly. But the fiercely protective part of me which I'm sure other parents recognise almost jumped up and punched the guy. How dare he touch my daughter!!!

Asking friends, other stories emerge. Some are closer to the line than others. One friend was taking his kids to the toilet at the cinema when he was approached by a little boy of around 4 years old who asked for help with the zip on his trousers. He understandably declined to help. Another told me that her daughter had been approached in the supermarket by a friendly-faced middle-eastern man, who'd chucked her daughter's cheek and given her a grape. Perfectly acceptable in the bazaars of downtown Amman, 50 years ago, less acceptable in Tesco in a corner of East London, in 2013. A grape? Don't you know kids can choke on a grape. And the pesticides on unwashed fruit... Shudder!!

So, what do you think? Have we killed that nice old man with our cynicism and distrust? Or should we teach our children that strangers can sometimes be nice. Pour a coffee, pull up a chair, and let us know what you think...
PS, I have no idea who this man is, but I'm sure I learned backgammon from him in 1987. I don't think I'd trust him with children, though!! 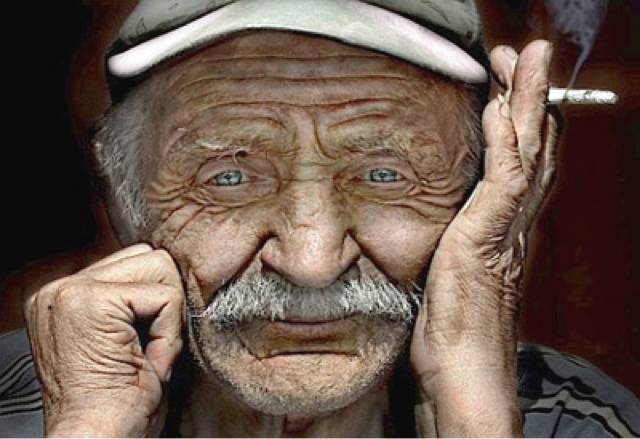