Dieting and Daughters, a dilemma...

I spotted this anti-anorexia campaign this morning in Metro. Shocking, isn't it?? 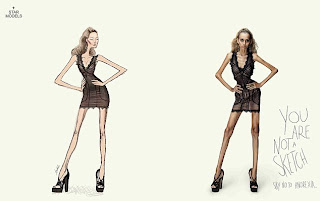 For those of you who have daughters, you'll probably already be worrying about their size and weight, whilst at the same time trying incredibly hard to pretend that you're not at all worried about it, lest they should pick up on your angst. So what's the best way to communicate a healthy body image and diet to your little ones?
As someone who has contstantly battled with their weight, I find this topic particularly tricky. I was a size 18-20 in my teens - dropping down to a slimmer 10 - through a lot of hard work and exercise - in my early 20's. A little yo-yo dieting around pregnancy (5 stone weight gain with the first and 4 with the second) means that I've spent much of my daughters formative years dieting.
When they're babies, you spend the first few months constantly checking their weight - are they gaining enough? And then at some point, it suddenly changes. Those baby-cute michelin legs are ok on a podgy toddler, but seem less so once they start school.
My daughters are constantly exposed to contrasting messages. The barbie dolls that they adore are idealised in their skinny slutishness (a topic for another post), with their pert boobies, long legs and short dresses. Their current favourite tv show, Winx Club is even worse. Check out the 'sexy' Bloom... 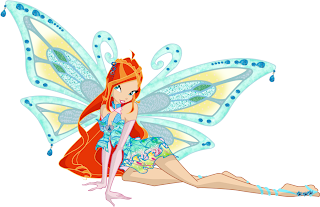 Last week, my daughter's school had a visit from the local health visiting team, who weigh and measure the kids in the reception class. My inital gut instinct was to opt out. I can see that my girls look healthy, and that's enough for me. But at the same time, what if all the other kids are being measured, will mine worry that they're not allowed to join in. So I let them be measured, and breathed a sigh of relief when I got a letter telling me (unsurprisingly) that darling daughter is on the 50% percentile. Totally, boringly, average. And just what I already knew.
So how about messages about food and diet? I'm lucky that my children like fruit and vegetables (I'm often to be heard shouting to put down the lettuce and eat the bloody pizza!). But when I once (innocently) suggested out loud that my daughter shouldn't have some cake "because it would make her tummy fat" I was massively shouted down - only some contrite begging stopped me being cast out of my NCT group altogether!
I don't have a right or wrong way, but what works for me: lots of praise, a lot of fruit and veg and a little bit of nosh.
We'd be really interesting to know what you think. Do you worry about your kids weight and diet ? Do you have any tried and tested tips. We look forward to hearing from you...
﻿ 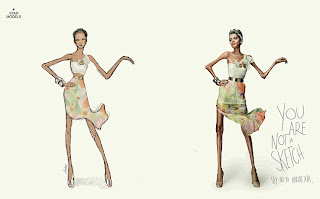 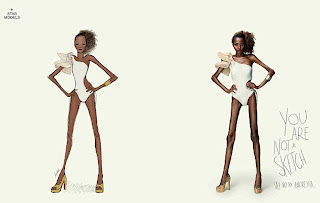