If you don't know me, picture this. I'm all long nails and shiny highlights, white designer trainers and skinny jeans. But I'm also adventure and mud and outdoors and family, and so after seven (yes, seven, we laugh in the face of the recession) family holidays in the last five years, we thought it was about time for a staycation. And so we decided to go camping. 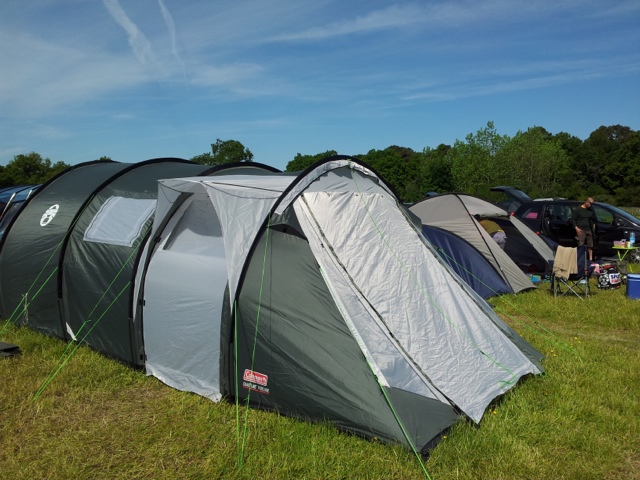 Choosing a campsite was easy. A recommendation from a colleague - account director for a luxury travel company - seemed a safe bet. The (slightly dodgily named) Sandy Balls *snigger* has an indoor pool, shop, bars, restaurants, soft play and adventure playground. Camping with all the extras! Then the shopportunities... A tent, bought on eBay from a (pikey) couple from Dagenham, and the seemingly endless list of 'vital' extras - cool box, barbecue, airbeds, chairs, a table, stove, sleeping bags, torches, thermal undies... Maybe on reflection, this wasn't such a value option.

We drew the line at sleeping bags for the grown ups. Sleeping in my vest, thermal top, gap hoodie and furry deerstalker hat was enough of a barrier to my long suffering other half without forcing him to lie next to me, curled up like some sort of oversized and freezing caterpillar. We took our duvet and froze half to death instead! 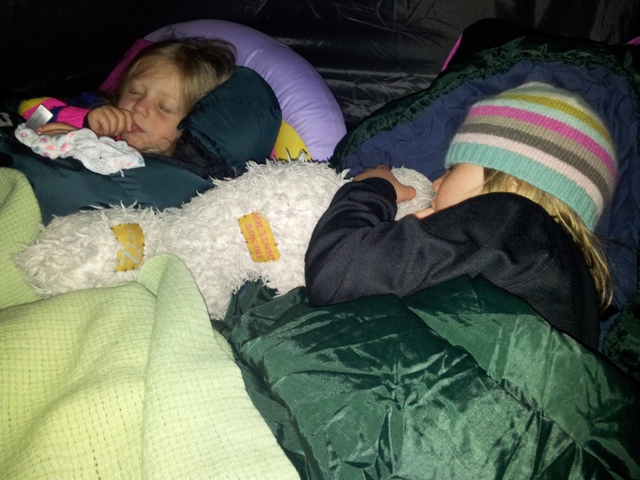 Actually, on arrival, we were a bit disappointed with Sandy Balls. Although we'd been told in advance that the campsite was 300 yards away from the main site, what they didn't say that it was 300 yards OFF site along a busy main road. We also weren't told that we wouldn't have use of the pool (although my friend was when she booked), and when I called to query this, we were told that we would have access to the pool as it was  off peak  - but booking was required, and when we arrived, all of the pre-booked slots were taken, and we were forced to queue for 20 minutes to ensure access to what turned out to be the worlds grobbiest pool. I wish we hadn't bothered!! However, as a stand-alone campsite, it's pretty good. Generous pitches, regularly cleaned and tidied by a friendly team, an incredibly helpful warden, and clean and warm porta-loos and showers. For novice campers, it's useful to have the park next door, with its shops and bike hire, although we've got a contact for bike delivery which I suspect we'll use in future. 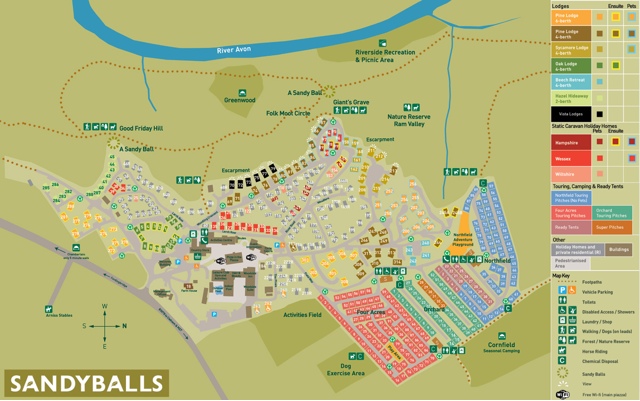 The kids thought it was the most brilliant adventure. They slept the deep sleep of children who've overdosed on the fresh air each day, in their Hello Kitty airbeds and borrowed sleeping bags, not minding the fact that I dressed them for winter before bed, complete with knitted jumpers and wooly hats. The highlight for them was funnily enough the part I liked least, the yomp through the field to the toilets with head torches and wellies!

The area is fantastic. The campsite is in Fordingbridge, in the New Forest, just north of Bournemouth. We visited Monkey World, spent the day on the beach at Mudeford, and managed a long (by our children's standards) hike in the forest, discovering rabbit warrens, overturned trees and steep hills on our journey. 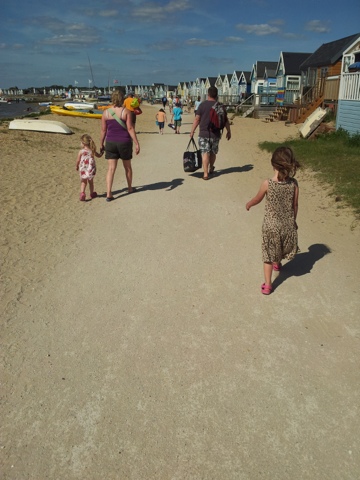 The obvious downside of camping is the weather. If it rains, it's rubbish, although when the sun shines, I wouldn't want to be anywhere else.  The true test of how much we enjoyed it is that we've already booked to go again - five nights this time, again in the New Forest, although a different campsite. We're even going posh, upgrading all of our camping purchases from Argos Value to Argos main range!
Posted by The address at 13:43